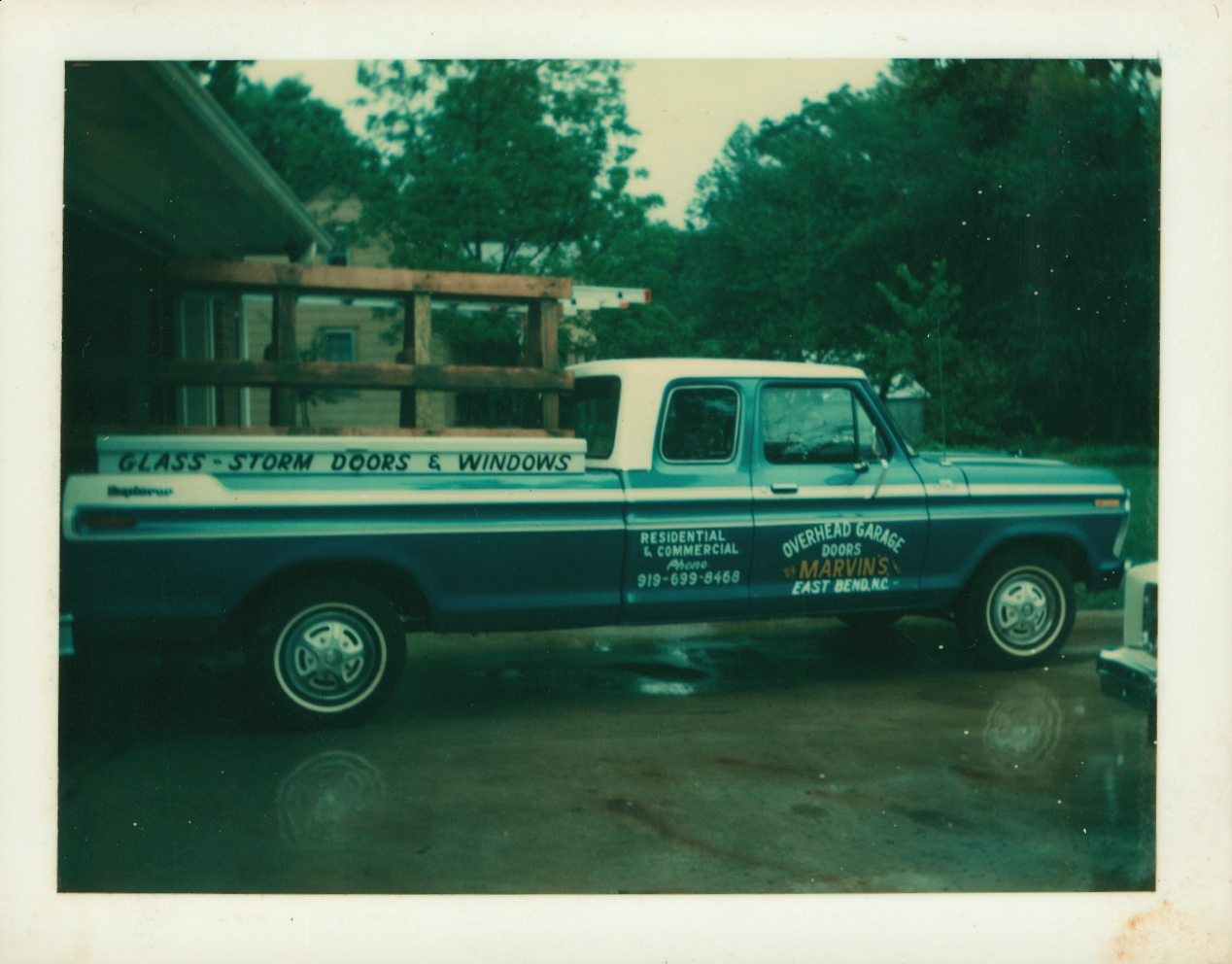 Marvin’s Garage Doors of East Bend is opening a new and different door – a door of opportunity for a Forbush High School graduating senior. Through the Shallow Ford Foundation, the company has set up a new occupational training scholarship of $1,000 in honor of its founder, Marvin Brown. The scholarship is focused on training for careers in the trades such as electronics, construction, or welding.

Marvin’s Garage Doors of East Bend is opening a new and different door – a door of opportunity for a Forbush High School graduating senior. Through the Shallow Ford Foundation, the company has set up a new occupational training scholarship of $1,000 in honor of its founder, Marvin Brown. The scholarship is focused on training for careers in the trades such as electronics, construction, or welding.

Current owner and Brown’s grandson, Allen Davis and his wife Chandra, decided to make this scholarship available for many reasons. With an abiding faith, strong family values, and deep gratitude for their many blessings and provision, helping others in their community through generosity is simply part of their lives. They have always supported children, youth, and education (Chandra’s a former teacher). They’ve locally volunteered and financially supported many youth athletics, mission trips, and classroom projects. Now, with so many trades lacking the next generation of workers and business owners, they want to help students who have a dream and may need help in furthering those dreams. Allen especially wants to support the trades – any kind of trade.

“Today, having a trade or skill that you can do with your hands is something that can’t be taken away from you. And there are plenty of jobs available to go to work immediately after training and without debt,” Davis said.

He shared a recent example of lead garage door technicians. With welding and electrical certificates and training, they can make between $50,000 – $70,000 per year.

A family business continues through the generations

Caring about others is part of the Davis family DNA. Allen and Chandra are the third generation of husband-wife owners of Marvin’s Garage Doors, which was founded on the principles of Allen’s grandfather and then further built by his father and mother, Lloyd and Kathy. Those principles center around hard work and superior care for customers. Although only 13 when his grandfather died, Allen remembers helping out at the business mowing, weeding, and other projects suited to his young age. He remembers his grandfather being firm in what he asked and expected, saying “do every job right or don’t do it at all”. These early experiences helped instill Allen’s work ethic and value for high quality. Combined with faith and family values, the fundamental principles of the business have endured since it started in 1970.

Marvin Brown came from humble beginnings. Born in 1932 on a tobacco farm at home in East Bend, hard work was a part of life. He woke up at dawn, fed the mules and cows, walked a quarter-mile to fetch water from the creek and then when done, walked another half-mile to the school bus carrying lunch in his slop bucket. The third oldest of 8 children, he was expected to help out on the farm. He left school in the 7th grade to fulfill his family responsibilities. Feeding eight children meant living off the land. Basic meals of bread and potatoes three times a day, honey, and whatever squirrel or rabbit they could catch. But Marvin had bigger dreams than farm life including owning his own business one day.

Marvin makes his way in the world

At 16, Marvin left home and got his first job as a cook at Old Staley’s Steakhouse in Winston-Salem. After an Army tour of duty in the Korean War, he landed a job at a garage door plant in Winston-Salem. In 1969 at 37 years old, Marvin announced to his wife Mary and two daughters over their family’s Saturday morning breakfast that he decided they would go home to East Bend and start a garage door business. They sold their Winston-Salem home. He worked any job he could get – whether a garage door or other repair work, and raised three acres of tobacco to support his family and build the capital he would need to get started. That summer, daughter Kathy would pack their lunches, climb up into the truck, and help her Dad on his jobs.

Early 1970, Marvin bought the land directly next to where he grew up and bought a mobile home for his family in which to live and work. The office was in the living room. After working and saving, he and his family built the first warehouse and started focusing more on garage door work. In 1970, Marvin’s Company, Inc. officially opened its doors with the slogan “We are the garage door people”.

On December 4, 1971, Marvin completed his first two-bay warehouse — and his daughter, Kathy, had her first date with Lloyd Davis (her future husband), who joined the company two years later. Kathy and Lloyd Davis would later succeed Marvin and Mary. In 1973, the office moved out of the house and into a new office. Marvin died in 1988, followed by his wife, Mary, in 1991. The fully-experienced, next generation husband-wife team (Kathy and Lloyd) had already taken the reins. Their son, Allen, graduated from college in 1995 and became full-time in the family business. In 2002, Kathy retired, followed by Lloyd in 2010. And the third generation stepped in to lead the company. Allen’s wife Chandra joined the company in 2017 after 20 years of teaching. And now a 4th generation is being groomed with son, Carson, now working at the company.

Allen is so grateful for his grandparent’s vision, the values, and the opportunities that have passed down from generation to generation. Four generations schooled in Yadkin County. Lloyd, Kathy, Allen, Chandra, and Carson all graduated from Forbush High School (Lloyd in the second graduating class in 1969). A scholarship seemed the perfect way to honor Marvin and give back to the community that has supported and encouraged their families for more than 100 years. When Allen was asked his advice to young people today, he said, “Set your goals high. Don’t quit. Anybody can quit. Faith in the Lord is instrumental in life. Honor the Lord in whatever you do and the Lord will honor it and bless it.” And the new scholarship is one more blessing – a door of opportunity from Marvin’s Garage Doors.

For more information, call Greg Keener at 336-663-6794 or email greg@shallowfordfoundation.org.